← back to
Empty Cellar Records
Get fresh music recommendations delivered to your inbox every Friday. 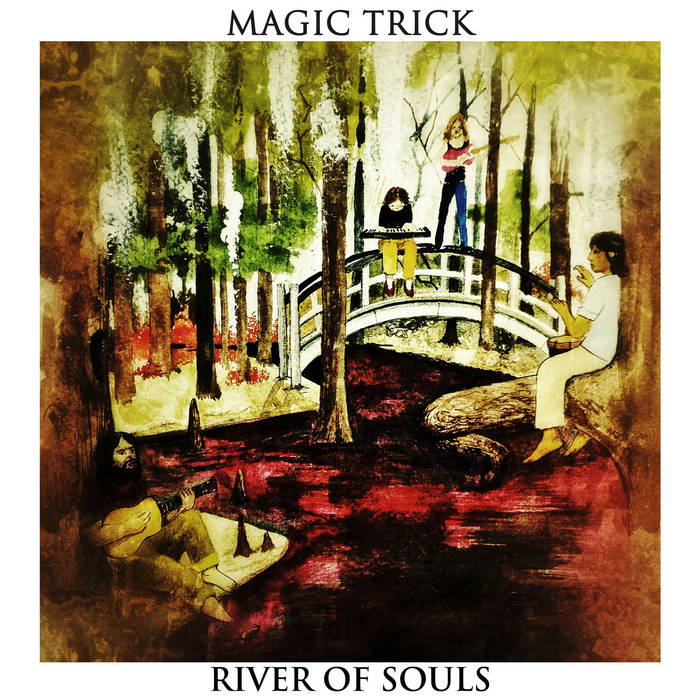 Pony in the Pancake

River of Souls is the third enchantment from the hat of Tim Cohen (The Fresh and Onlys) and his band, Magic Trick. Picking up from where he left us with Ruler of the Night (Hardly Art), Cohen brings us ten new intimate tracks, polished as yet unseen. Recorded in The Tree House, his attic studio, River of Souls whirls with parables of change amidst emotional flotsam and jetsam. Insecurities, sarcasm, escapism, optimism, vanity, honesty, and bona fide love... it is all there, but in comforting form. Tim's well-skewed pop songs remind us that things can always be better, but also that what we have is pretty amazing.

River of Souls signals a new approach for Magic Trick. As in The Fresh and Onlys, Tim has begun to distinguish his muses from those of the foggy San Francisco lo-fi movement that he helped to shape. Mixed at Lucky Cat Studios with Phil Manley and mastered by Paul Oldham, this album exudes presence and confidence. Now, more than ever, the vocals break through the clouds, and the mix champions the artistry in each player's performance. Tim's baritone spars with angelic female chants (Noelle Cahill and Alicia Vanden Heuvel) over the crisp unmistakable pulse of James Kim's drums, and the melodic drive of Alicia's bass throughout. San Francisco's gifted guitar workhorse, Tom Heyman, channels Mark Knopfler; one-man metal mystery, Steve Peacock, brings the right kind of shred; and Marc Cappelle's horns retort the melodies, as Tim jettisons his woes upriver. It is clear with each downbeat the band has honed its language and perfected its chemistry.

Change permeates this record, but Tim Cohen diehards need not fear. The songs on this album are classic Tim Cohen jams through and through. Still present are the first-thought-best-thought off-the-cuff style and the genre-spanning I-can't-quite-pinpoint-who-this-reminds-me-of assimilation of influences. Still here are the heartbreaking nonsense and the litany of brilliant guest appearances. River of Souls begins with an invitation to "Come Inside". The songs stick with you from that point forward, and what's more... the record ends before you are ready to leave the party. Altogether, this album makes it clear that there is not a man more worthy of thee Muses than Tim Cohen.

Keeping with tradition, the LP version is presented in a classic tip-on sleeve featuring artwork by Kevin Earl Taylor. The first 500 copies come in half-red and half-blue vinyl.

Bandcamp Daily  your guide to the world of Bandcamp